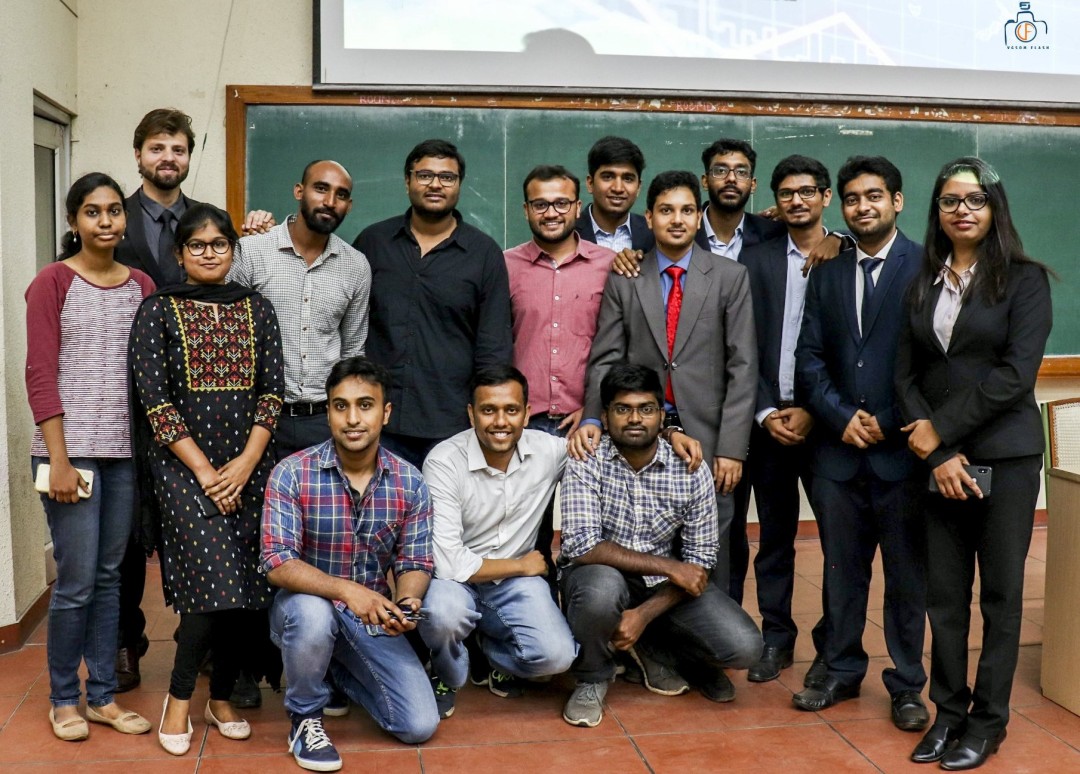 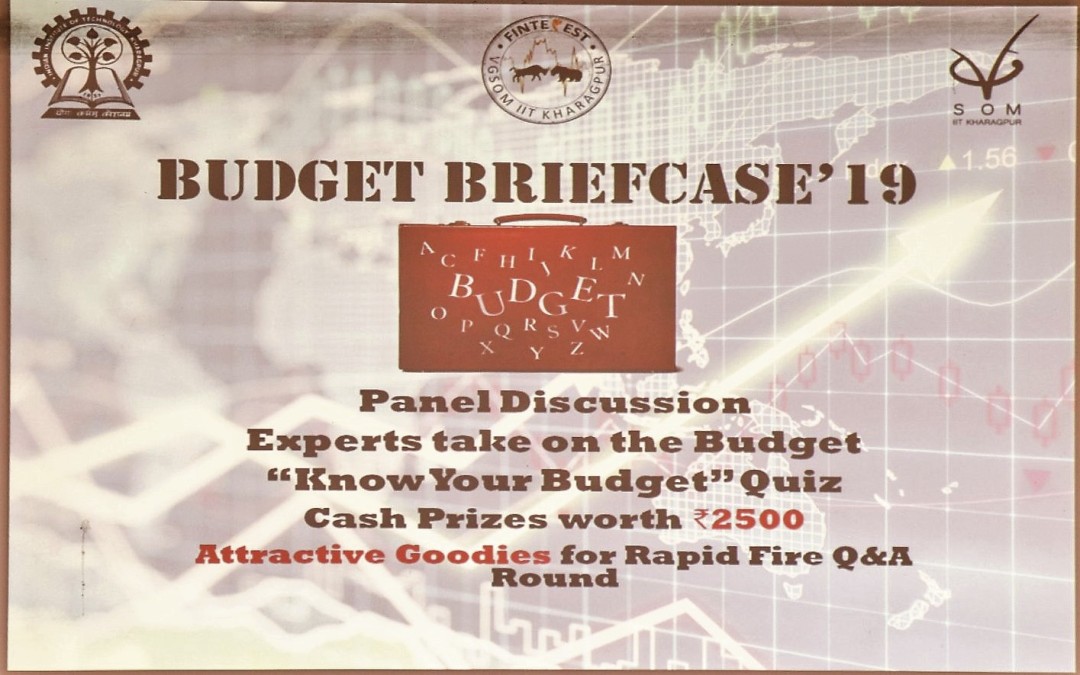 Following the announcements of the Union Budget of 2019, members of Finterest club, Vinod Gupta School of Management, IIT Kharagpur conducted the Budget Briefcase 2019 on 8th Feb 2019. The event witnessed a participation of over 250 students and faculties who actively interacted with the panellists at the Vikramshila Complex, IIT Kharagpur. Six panellists were chosen from both the MBA batches, who had special interests in distinct sectors.

The first sector to be discussed was that of agriculture, wherein the importance of agricultural productivity was emphasized. The speaker, J Sairam Teja, discussed the implications of various policies introduced by the incumbent government in this budget, such as Pradhan Mantri Kisan Samman Nidhi, Rashtriya Kamdhenu Aayog, Rashtriya Gokul Mission, etc. This was followed by Eira Kochhar speaking on the defence sector and the consumer goods sector. Here, the students discussed various skill sets required and the importance and implication of FDI in this sector as the budget unfolded. Further, the future of FMCGs with increasing urban and rural spending and changing consumption pattern was discussed.

The next sectors were education and railways, both taken up by Raman Sharma. Here the main discussion was focussed on innovative implementations such as free educational technology, support, skilling allowances for all corporate employees to boost skills, filling the huge vacancy of over 10 lakh teachers, and increasing the overall spending. Ashwani Kumar then discussed the finance sector, where the main focus was on affordable housing, taxes and infrastructure, apart from understanding various investment and disinvestment decisions. Importance and challenges to various schemes such as PM Kisan Yojana, PM Shram Yogi Maandhan were critically examined.

Following this, Sai Krishna threw light on the infrastructure sector, discussing the various industries concerned and on several schemes and projects such as the Pradhan Mantri Gram Sadak Yojana, UDAAN and Sagar Mala. The discussion proceeded with the problems faced in infrastructure development, pros and cons of the budget and the road ahead for the sector. The last sector to get discussed was the manufacturing sector, explained in detail by Ajay Kumar Routh, who highlighted the implications of various policies. Students discussed the possibilities of bringing a spark in the most saturated segment, which will help boost employment in the country.

The event concluded with the “Know Your Budget” quiz for the audience, followed by the faculty members felicitating the panellists. On the whole, the Budget Briefcase 2019 witnessed a grand success with the students getting excited for the next edition with a greater zeal to learn and share.

VGSOM, is the first and the largest B-School among the IIT fraternity. It was started in year 1993 on lines of MIT Sloan with an aim of developing outstanding management professionals. It has been consistently ranked as one of the best B-Schools in India. VGSOM was awarded Asia's Leading B-School by CMO Council in 2010 and was ranked as India's 12th best B-School by prestigious Wall Street Journal in 2009. The institute has a rich mix of students with diverse backgrounds. It boasts of some of the finest management faculty and excellent infrastructure. View all posts by VGSoM, IIT Kharagpur